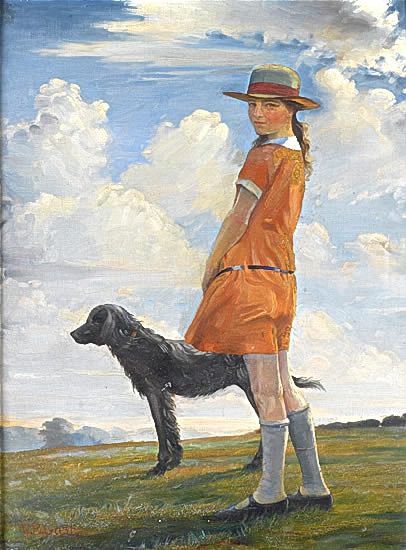 Gash’s touching and intimate depictions of his own children, mostly painted towards the end of his life, are amongst his most engaging works and foremost amongst them is this outstanding portrait of his daughter Margaret. The painting was executed in c. 1924 and shows Margaret Gash, then a schoolgirl, walking the vicar’s dog in the fields near Kettering. The painting’s quality rests not merely on the informal intimacy of the subject, but on the strength of composition with Margaret and the dog set in an open landscape against the dramatic backdrop of billowing clouds, perfectly capturing the sense of the windswept day. Cat.21