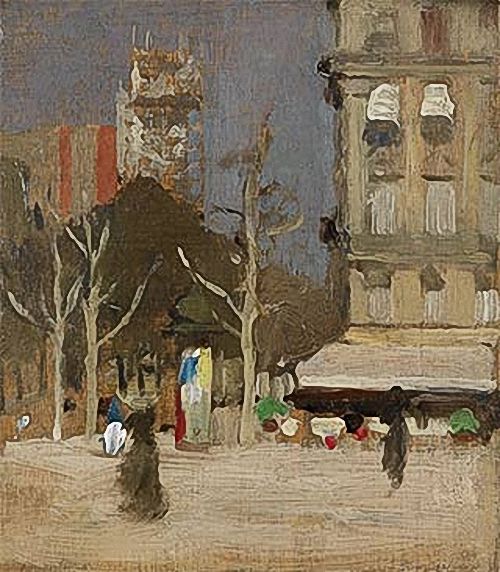 
Titled on a label to the reverse

Provenance: given by Kelly to his assistant, the artist John Napper

In 1901, Kelly moved from London to live in Paris where he took lessons from the Canadian Impressionist artist James Wilson Morrice, who advised him to paint out in the open, making small oil sketches as an exercise. This resulted in a series of scenes of everyday life in Paris, many of which were made near his studio in the Boulevard Montparnasse. This panel shows the Tour St. Jacques, with building work visible beyond in the rue de Rivoli, soon after the 1900 Exposition Universelle, which resulted in a surge of reconstruction throughout the centre of Paris.

We are grateful to Michael Barker for his assistance in cataloguing this painting.