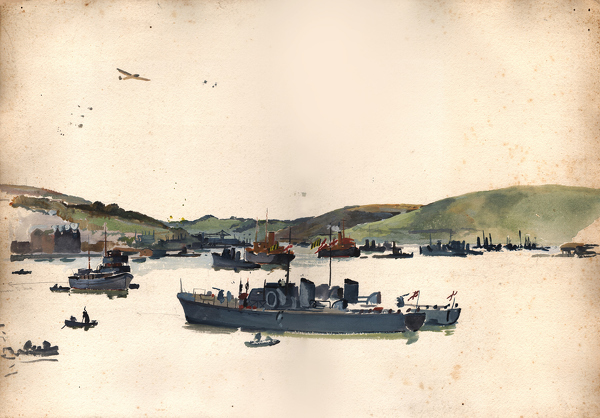 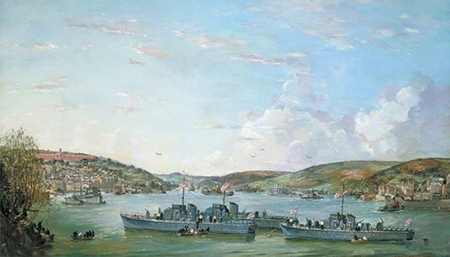 Both before and after the Second World War Cundall made numerous sketching trips, travelling extensively in Europe. He was especially drawn to Paris and scenes along the Seine. Painting in oil on paper, en plein air,these works retain a vitality which Cundall sometimes lost when working up the finished, larger, paintings in his studio.