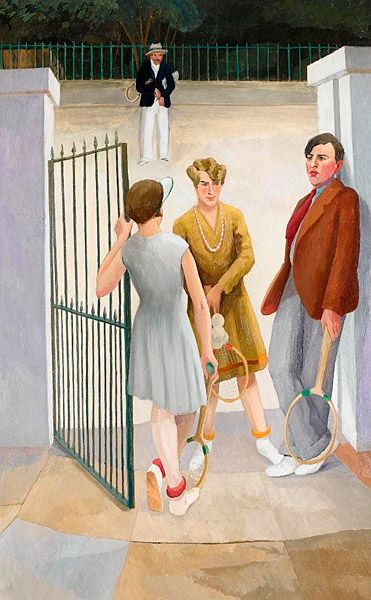 Literature: The Spencers and Carlines in Hampstead in the 1920s, Stanley Spencer Gallery, Cookham, 1973; Richard Carline, D'Offay Gallery, 1975 (with a foreword by the artist)

The painting depicts the artist Gilbert Spencer and the Carlines' maid, Janet Piggott. The setting is likely to be 47 Downshire Hill, Hampstead, home of the Carline family and in the 1920s a popular meeting place for many artists living in Hampstead. Gilbert's brother Stanley Spencer lived with the Carlines and in 1925 married Carline's sister Hilda, to whose daughter this painting belonged.

An interior figure group of the same period and location, the Carline family round the dining table at 47 Downshire Hill, bought by the Contemporary Art Society in 1923 for the Tate, was later destroyed in a flood. An outstanding related painting, Gathering on the Terrace at 47 Downshire Hill, Hampstead, was acquired by the Ferens City Art Gallery, Hull, in 1995. 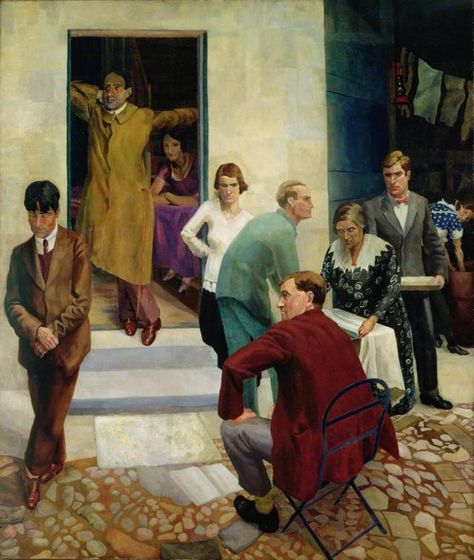 We are grateful to Michael Dickens for his help in cataloguing this painting. 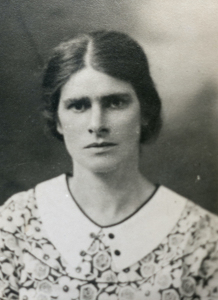