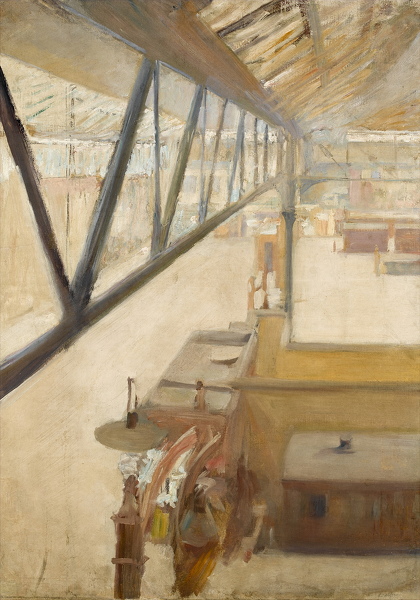 In a gilded hollow frame.

Belleroche would have been a frequent visitor when visiting London from Paris, taking the boat across to Dover and then arriving by train into Charring Cross.  He painted a similar view, from the same high vantage point, by night: 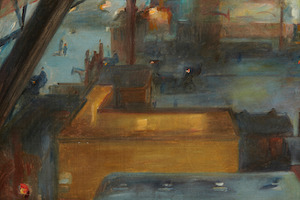 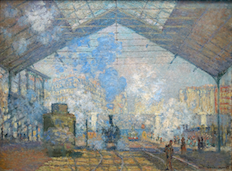